Is There a History Behind Our Love of Crystal Jewelry?

Well, in short, yes. I think it's interesting that the word 'crystal' comes from the Greek 'Krystallos.' It refers to a mythical ice palace where the Olympian gods resided.

Crystals are known to have many properties like protection, cleansing, etc. This is probably why they are associated with having magical powers.

We’ve been wearing and using crystal jewelry for as long as humans have lived. Crystal jewelry is a perfect accessory for a variety of occasions, and it can add glamour and sparkle to your outfit.

For example, architects found beads carved out of mammoth ivory.

Scientists discovered that there were over 60,000 years old in graves located in Sangir, Russia.

Jewelry made from precious metals is loved by people all over the world, dating back to ancient times.

Crystal healing is a form of energy therapy. It’s believed that crystals have the ability to help people get better health in natural ways and are used to treat a wide range of illnesses.

For example, the Mayans are known to have used crystals for physical and spiritual healing as well as for diagnosing illnesses. The healing power of crystals is described in detail in the Vedas, Hindu holy texts that are thousands of years old.

Ancient Egyptian culture also embraced crystals for healing purposes as well as for protection, with their use by the famous civilization documented in the Ebers Papyrus, a preserved medical text dating back to 1550 BCE which can still be viewed today in the library of the University of Leipzig, Germany.

The Pharaohs of Ancient Egypt also lined their headdresses with gemstones and crystals which encouraged wisdom and protected them against various weaknesses, with the intention of making them better rulers of the people.

The tombs they've uncovered also contain all sorts of different types of crystals and ornaments. 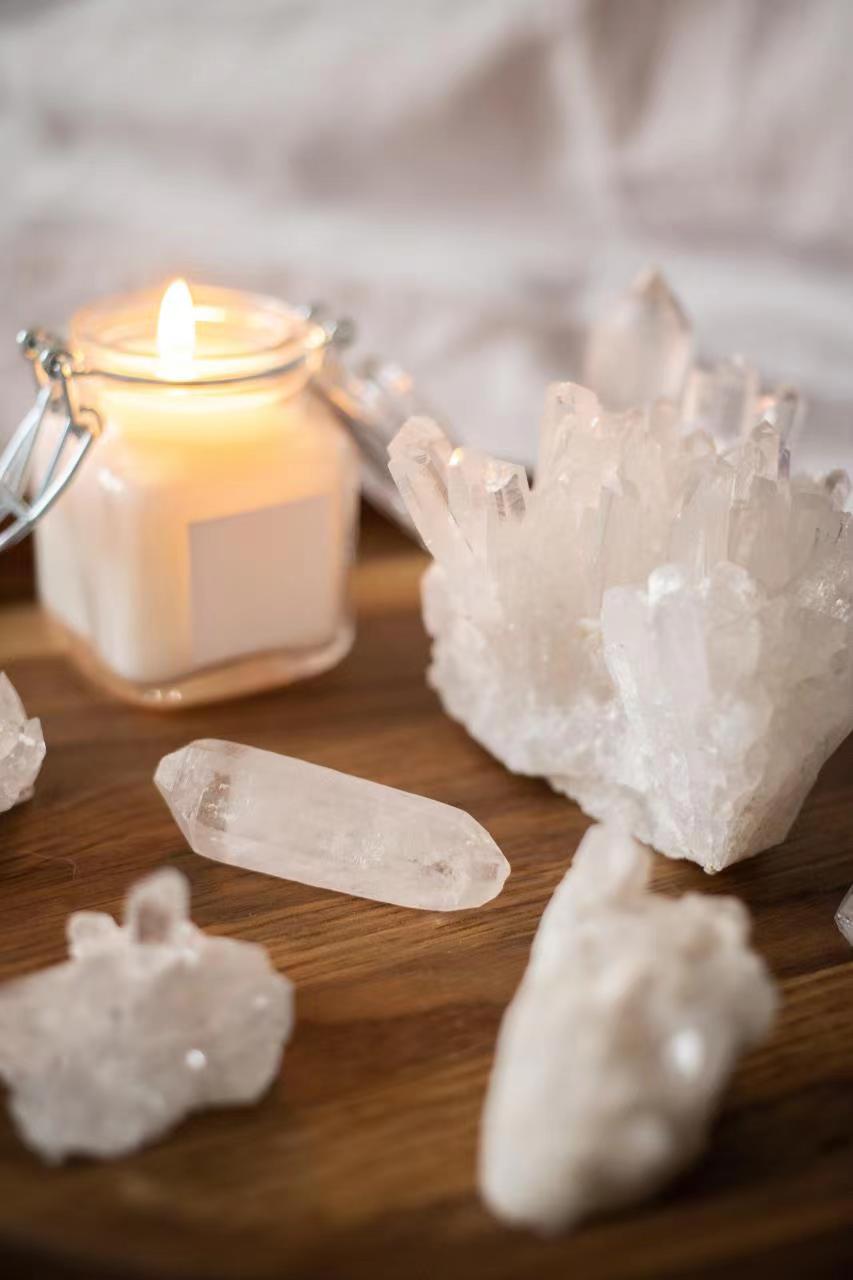 An ancient practice that is still relevant today is Chinese medicine. It was discovered and perfected thousands of years ago. Crystals and gems have amazing healing properties.

Crystals are still used in Chinese acupuncture. They are vital to the processes of Pranic healing.

Crystals have also been popular in Christianity and Islam, with the former’s holy book, the Bible, featuring over 200 mentions of crystals throughout its scriptures.

Prophet Muhammad wore several rings, among them being an opal crystal ring for beauty and dignity, a turquoise ring that represented victory and invoked divine assistance in battle, and a carnelian ring for protection from enemies and misfortune.

Crystals have been used as objects of contemplation for centuries by people from various cultures. The modern use of crystals that has its roots in ancient lore is Feng Shui, which is the practice of manipulating and influencing the energies, or life force, that exists in everything around us.

The Universal Life Force, also known as ‘Universal Life Energy’, consists of five elemental components. These can be used to increase or decrease the flow of certain energies in a room.

Crystal healing has lessened over the centuries as modern society has provided it with so many more options when it comes to physical healing, but the mental and spiritual aspects of crystal healing are still relevant and will continue to be.

Crystals work, but they require a strong mental focus and positive energy to be of any use. If you don't believe that crystals can improve your life, try some for yourself.

Spiritual life is more than just thinking good thoughts. Surrounding ourselves with particular positive energies which influence and encourage certain aspects of our spirituality and mental health is an important part of spiritual life.

The fact that crystal healing has survived throughout the ages is evidence that its effect on the essential elements of being human should not be underestimated. 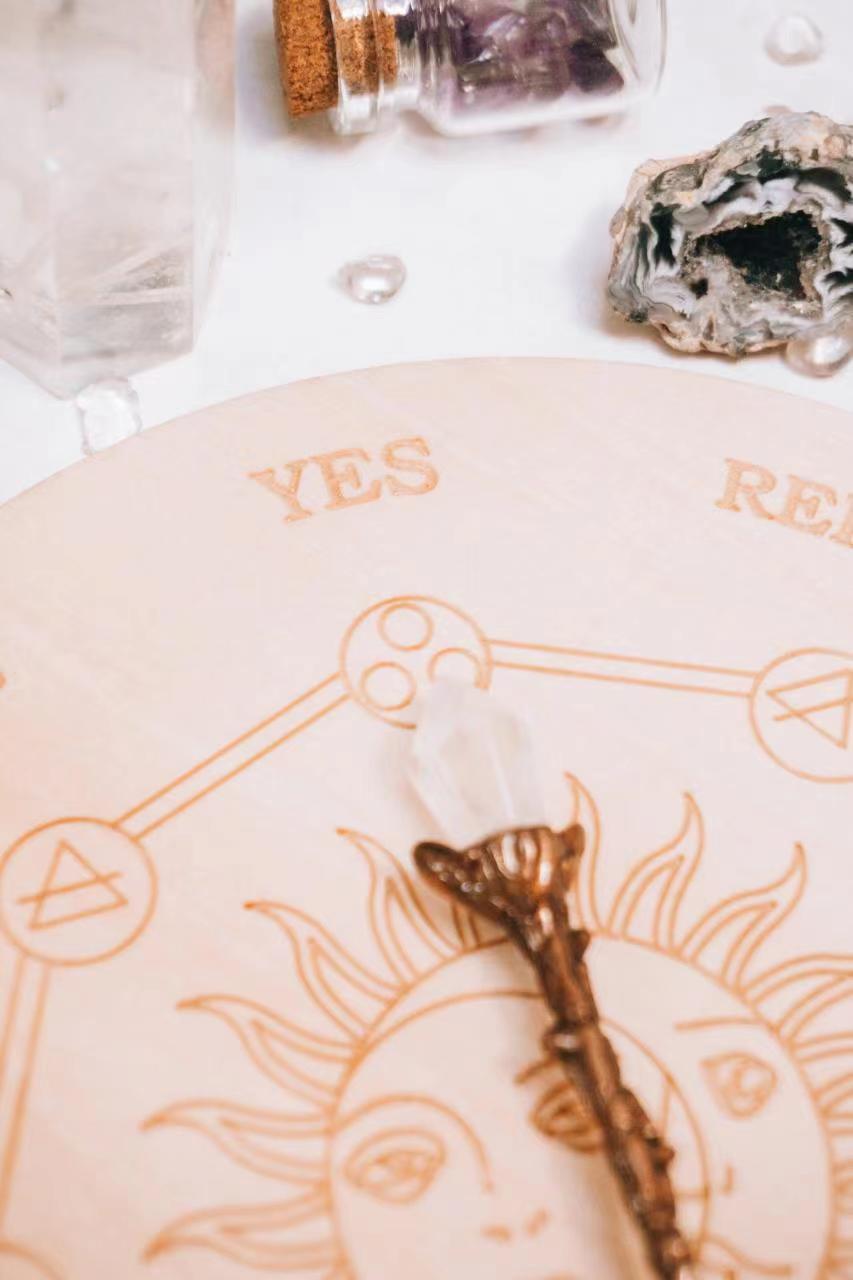 The Different Types of Crystals

They are classified by their shape, which includes cubic, trigonal, hexagonal, tetragonal, orthorhombic, triclinic, and monoclinic.

Minerals are the atoms of a crystal, which combine together in a geometric shape to form the minerals.

Minerals are a set of elements, usually metals, that are naturally found in rock or soil. They are the building blocks of living things.

The types of gemstones that are soft tend to have low melting points, and those are the kinds of stones I would recommend.

How to Care for Raw Stone Jewelry?

Jewelry needs to be stored in a way that minimizes any potential for dirt buildup. If your jewelry is properly stored, it should be easier to clean and restore your jewelry pieces to their original shine.

It doesn't matter if you're using synthetic or natural minerals; once a year you must clean your crystals.

Obviously, the rougher the surface, the harder it'll be to wash.

If you’re thinking about cleaning your jewelry, first, place your precious gems under a weak stream of compressed air.

If your crystal isn't water-soluble or porous, allow your jewelry to soak in warm water.

You should add some mild soap to the water washcloth. Then, you can use a soft brush to remove any remaining dirt. 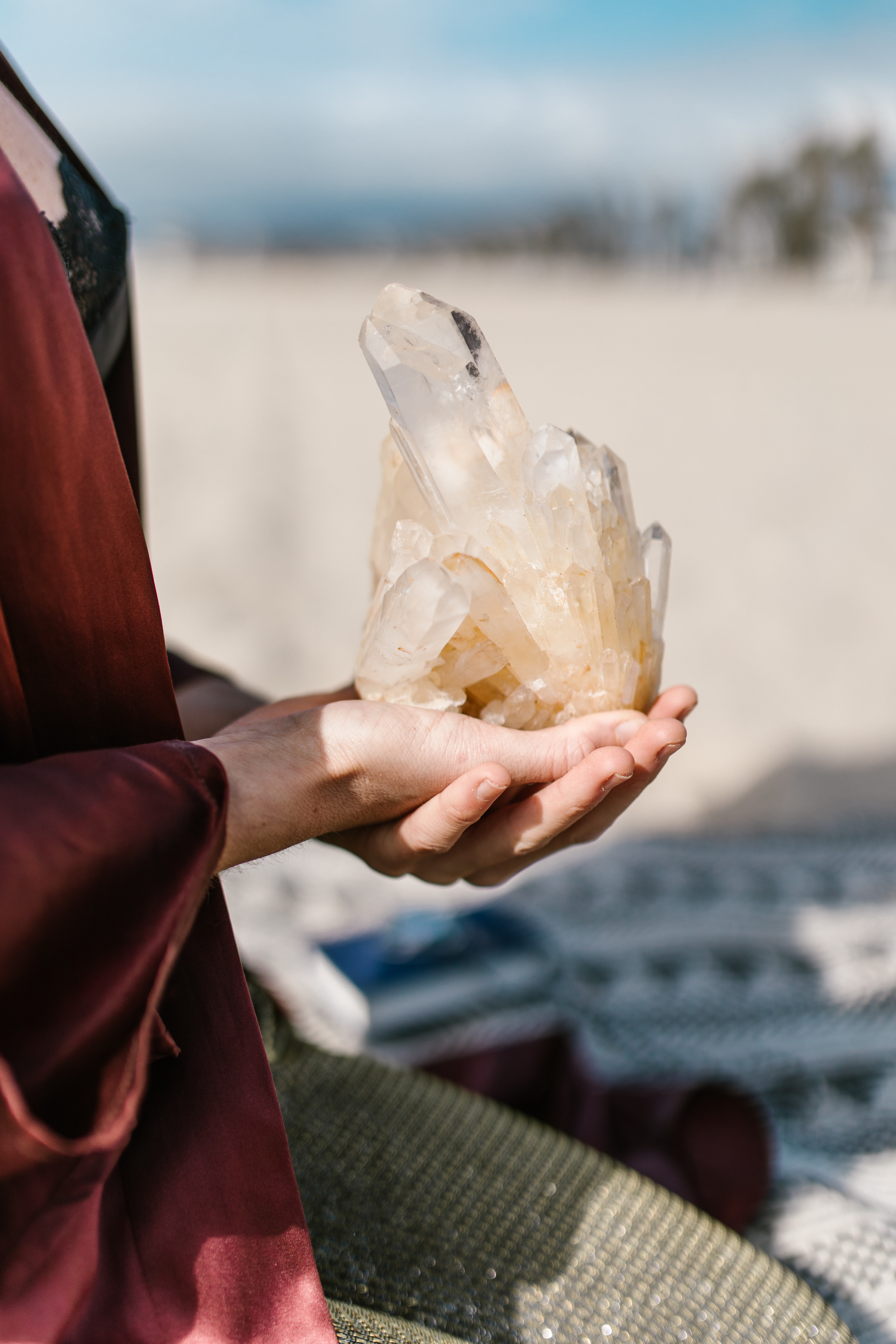 How to Clean Your Crystals?

Crystals are all about the energy they attract and it's vital to cleanse them on a regular basis.

A particular stone might be a potent attractor of positive energy, but over time negative energies can build up.

It is important to cleanse your crystals when you first receive them. You'll want to remove all the energy that has been stored within the crystals before you use them.

You need to use crystals that respond to your own energies, rather than some mysterious factor you have zero control over.

Cleansing is a very easy process that you can go about it. There are several different methods which you can use.

Crystals are about their energy, and so they need to be cleaned every now and then to keep them at their best.

One particular stone may be a potent attractor of positive energy but over time the negative energies can build up.

When you use your crystals, it is especially important to cleanse them when you first receive them and before you start using them to remove the energy that accumulated in them before they came into your possession.

You can only use crystals that respond to your own energies, rather than some unknown factor you have no control over.

Caring for your skin is an easy process, and there are many ways in which you can go about it. 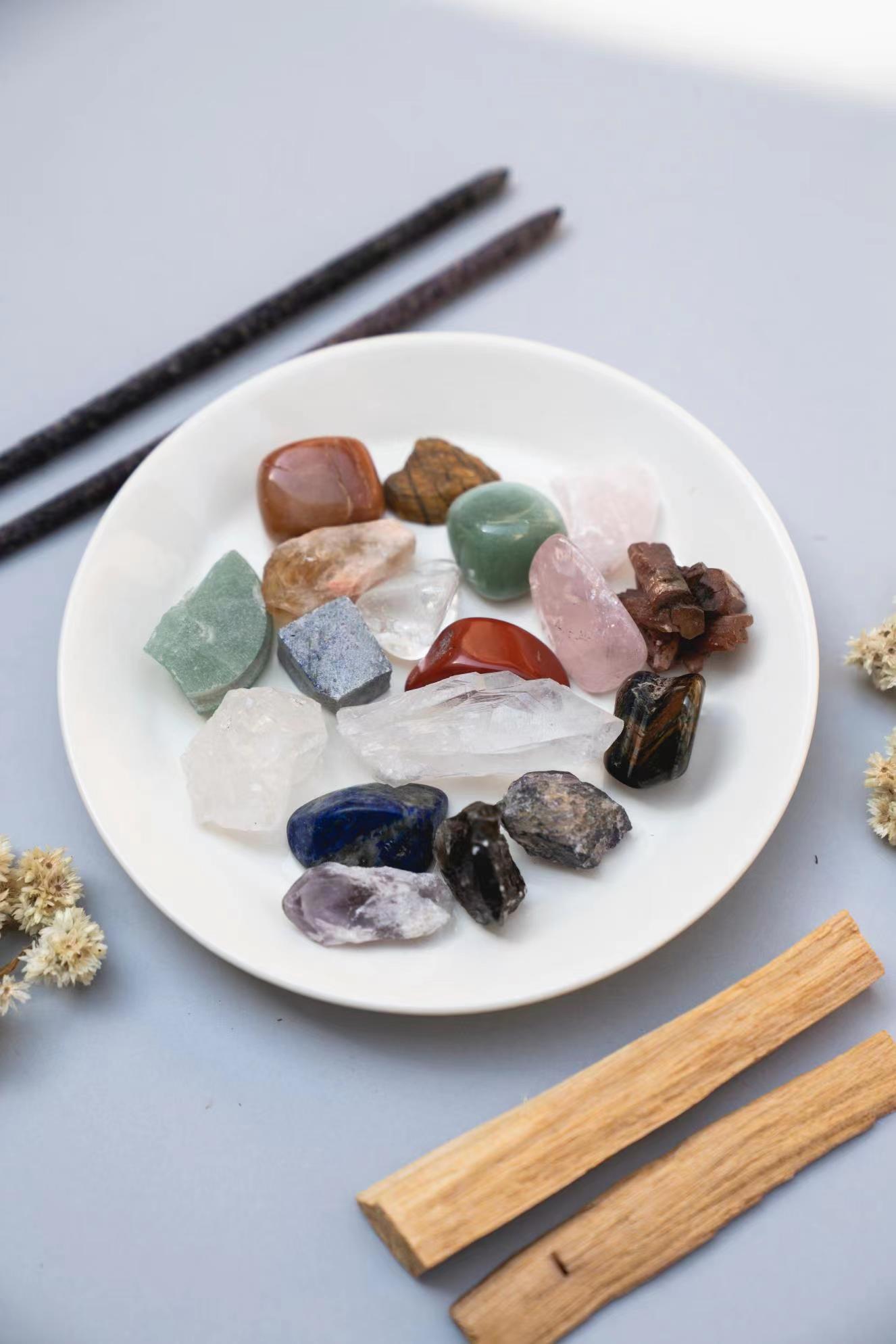 Crystal cleansing uses the power of sunlight to break down negative energy that has accumulated in your crystals. It also helps to keep your crystals well-lubricated.

Some people prefer using moonlight, as it's frequently available each month (an efficient schedule for cleaning crystals) and so long as the moon is not obscured by cloud cover, you can leave your crystals out overnight to cleanse them in the fresh lunar light.

Flowing water is a very popular way to do hair coloring, though it should be noted that this generally means a flowing river or stream.

Tap water is okay but will lose some of its effects.

There's no better way to enjoy spring than by visiting a stream or a lake and taking in the sights and sounds of the natural world.

Tap water can be used as a quick fix for your skincare routine, but you may want to include other steps such as using sun or moonlight or even brushing your skin.

Salt baths are used by many crystal healers to purify crystals. They bury crystals in dry sea salt and leave them overnight.

Salt is a great way to eliminate negative energies, but you should discard it the next day, and certainly not ingest it.

Some crystals, like malachite and fluorite, have softer surfaces and so using salt on them is not recommended because of their susceptibility to scratching.

You should also avoid using saltwater because it can damage crystals.

We design for life, create for the world.

$32.30 USD
By Trendolla
The exquisite cut craft will be a great addition to your jewelry box! These Stackable Rings for Women Create Such an effortlessly cool look! Each gemstone shares diamond-like qualities with its brilliance and clarity, to be an affordable alternative and very popular with a wide range of jewelry.
Product Information
Metal: Gold Plated 925 Sterling Silver
Size:1.6*1.6*1.39 mm
Stone Type:

Not all original design, high quality jewelry is expensive.

Subscribe to get special offers, free giveaways, and once-in-a-lifetime deals.