If you are a fan of crystals, you may have noticed a galaxy-like, deep Blue Sandstone has appeared in many locations. It may resemble a galaxy or starfield, but it's really a natural geological formation.

Blue Sandstone, known as goldstone, and its orange version (goldstone) are staples in online healing gemstone stores because of their unique shiny appearance and attractive sparkly nature.

Also called Star Stone, you may be surprised to learn that this special gemstone isn't a natural stone. It's actually made from a special kind of glass.

Read about the creation of Blue Sandstone and the story of how it was created.

The creation of Sandstone and Blue Sandstone is still unclear to this day.

Some claim that it goes back as far as the 17th century. The Miotti family claims to have invented it in Venice.

Sandstone, which is made up of mostly quartz particles, is a unique material. It's the primary material used by the Venetian glassmakers to make a type of sandstone known as "pietra dura.

Glassblowing is an ancient art that was only known to the privileged few until the mid-19th century when Pietro Bigaglia, another glass artist, made it available to the public.

Meanwhile, some people believe that sandstone originated in medieval times when it was forged and molded by monastic orders, which called it goldstone, monk's gold, or monk stone. The last two other names refer to the urban legend that Italian monks created this gemstone in the 1600s.

Others believe that it originates much earlier when it was formed from a marine deposit during the Triassic period.

Sand Quartz is heated, melted, and then infused with other minerals to give them their captivating and cheerful colors.

In India, sandstone is one of the commonly available sedimentary rocks that never runs out. It’s found and discovered in Canada, South America, China, Africa, Japan, Russia, the United Kingdom, Afghanistan, and the United States.

This gemstone is composed mainly of sand grains, and its colors vary from cream, white, tan, red, blue, and rusty brown sometimes hues blended into one another. The stone may include iron, lime, and silica, and others have other quartz and feldspar in them. It also has rainbow-colored oxidations. This oxidation is the reason many sandstones change color.

The colors of sandstones vary from purple to brown. The glass used during its creation will determine its final coloring. And here are some of its common varieties.

Green Sandstone-this variety comes from chromium and resembles the aqua-green natural gemstone called aventurine, which has a similar glitter effect.

Blue Sandstone-this variety comes from cobalt to have its beautiful blue coloring.

Purple Sandstone -this variety has a rich starry look from cobalt mixed with manganese.

The zodiac birthstone for Sagittarius is sandstone. It’s associated with Jupiter and Venus, so it’s appropriate to wear it to make yourself feel happy, optimistic, and creative.

Glass is made of sand and is a transparent substance. It symbolizes the transition between the physical and spiritual realms. 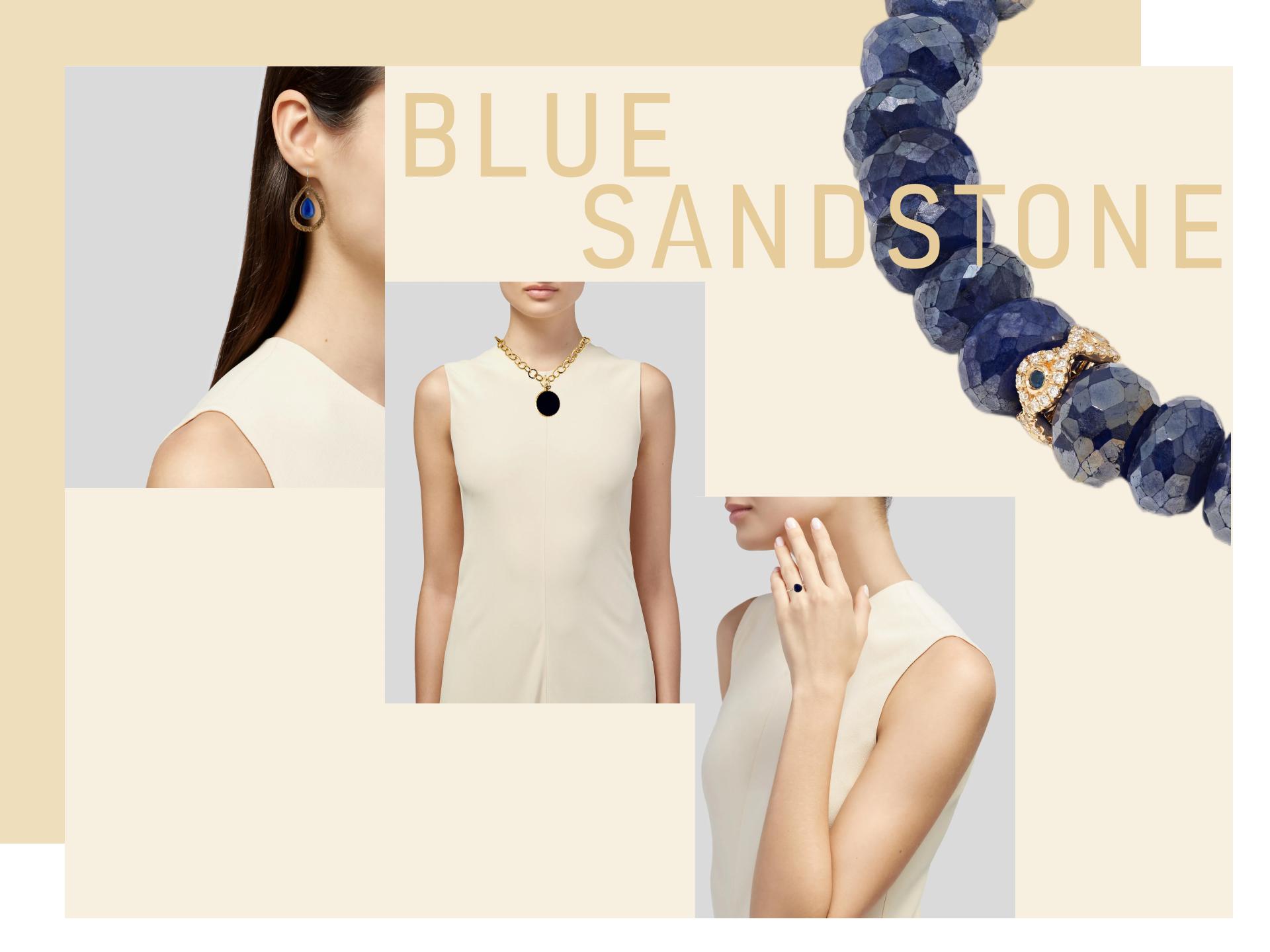 Blue Sandstone means new beginnings and success. You can use the healing crystals to fuel your ambition or business venture. Simply place some tumbled stones in your bag to carry them everywhere.

The essence and meaning of the blue type of goldstone is ambition. It is a stone of desires and dreams. Giver of hope and light, blue sandstone is believed to be the best stone for empaths. It can enhance your telepathy and spiritual awareness. It resets your life and invites new and winning opportunities into your life. Blue gold type stone is one for acceptance and faith too.

You can also use Blue Goldstone to manifest your intentions. The gemstone balances your chakras to facilitate self-acceptance, relieve stress, help you speak your truth freely, and increase focus. 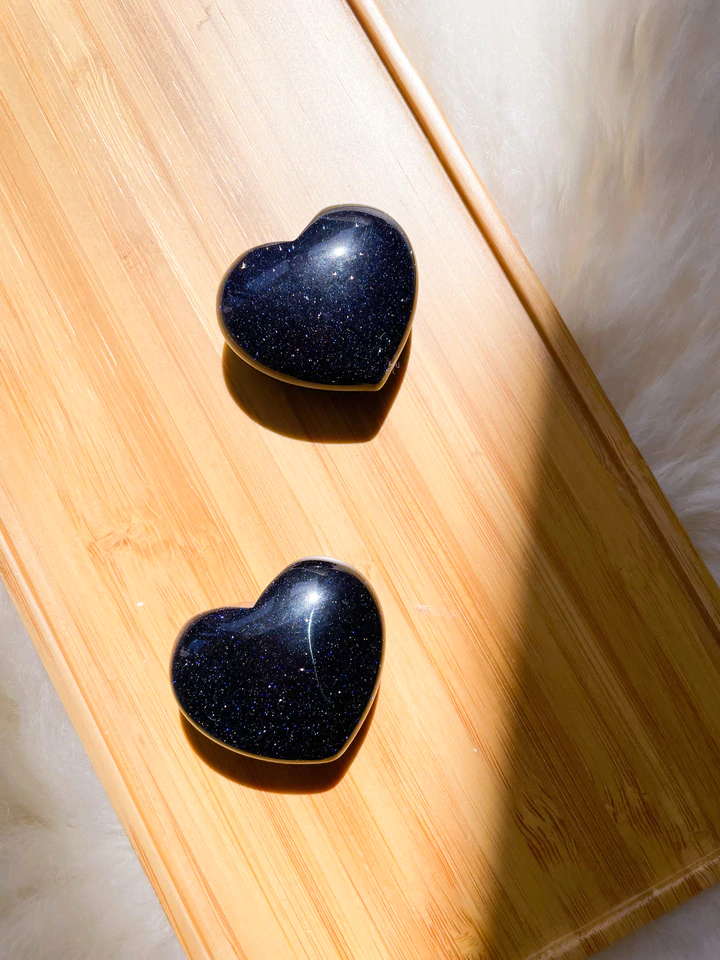 We design for life, create for the world.

$32.30 USD
By Trendolla
The exquisite cut craft will be a great addition to your jewelry box! These Stackable Rings for Women Create Such an effortlessly cool look! Each gemstone shares diamond-like qualities with its brilliance and clarity, to be an affordable alternative and very popular with a wide range of jewelry.
Product Information
Metal: Gold Plated 925 Sterling Silver
Size:1.6*1.6*1.39 mm
Stone Type:

Not all original design, high quality jewelry is expensive.

Subscribe to get special offers, free giveaways, and once-in-a-lifetime deals.